Home » Why your Hands Give Away your Age

Why your Hands Give Away your Age 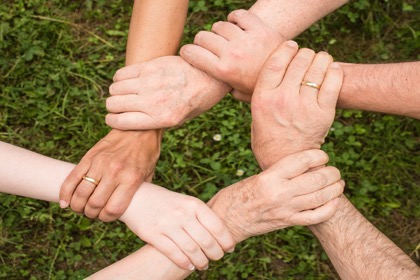 Hands. They’re not the first thing that people see, and they’re not usually the first thing you think would reveal your true age. Despite this, hands are in fact extremely effective at showing wear and tear, and more importantly, exposing age. Whether we like it or not, the appearance and feel of our hands will change throughout our lives.

For most, our hands don’t really show signs of ageing until we reach our thirties or forties. The changes to the structure of them happens however much earlier – when we’re in our twenties. As our hands are exposed most of the time, they are one of the body parts which first show signs of ageing.

The most common signs of ageing that are found when looking at our hands are, most obviously, the appearance of wrinkly, sometimes crumpled skin on the backs of the hands. This is most commonly caused by a loss of elasticity in the skin itself (also known as skin laxity). Over time, skin laxity inevitably increases, which is due to a gradual loss of collagen and elastin in the skin. It is this increased laxity that gives way to wrinkles, thus implying age.

Another common sign given away through the appearance of your hands can be the increased prominence of veins under the skin. It may be that these veins have begun to bulge due to more serious health conditions, however they occur more commonly as a result of age. As our skin thins and loses elasticity over time, the veins will become more noticeable beneath the skin, and become more visible. The veins themselves stay the same, it is the skin that covers it that alters.

Alongside rough or scaly skin, age spots are one of the signs that can, in essence, be avoided. The spots themselves appear on the surface of the skin when it has been exposed to the sun, and so aren’t in fact a direct result of ageing. Also called liver spots, these dark areas on the skin’s surface are caused by overactive pigment cells. When exposed to frequent UV rays (i.e. sunlight), age spots form when the pigment is produced in large quantities, and becomes ‘clumped’ together. In terms of avoidance, age spots can be kept at bay by frequently applying moisturiser and sun cream, protecting against high UV rays, thus reducing your pigment production.

Ignoring age spots, the changes that occur to our hands as the years progress have been, to a certain extent, inevitable. Until recently, this process was difficult to prolong. However, the introduction of hand rejuvenation treatments, using fillers to restore volume and softness, has made having younger looking hands possible. Without even the need for surgery, skin can look and feel soft with a healthy plumpness.

Find out more about our hand lift and rejuvenation treatments.