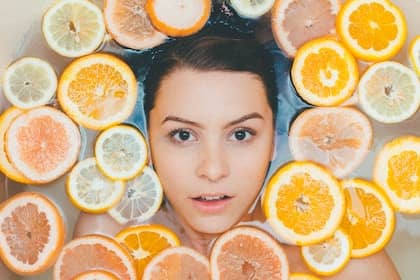 Throughout history, the ways in which humans have kept themselves looking good have been through some notable and eye-opening changes. In recent years, there has been yet another in the form of the rising popularity of “non-surgical” cosmetic procedures.

It’s understandable to wonder what the term “non-surgical” actually means and exactly which treatments fall into this category. Just two decades ago, surgical methods were the only option for revitalising and reshaping your look – but, today, non-surgical methods can often be used in their place and come with a broad array of advantages over surgery.

In this article, we detail key differences between surgical and non-surgical aesthetic procedures and where and when you might want to consider the latter over the former.

Do you want to Dramatically Change your Look?

If the answer is “yes”, you might have initially considered surgical treatment as the obvious step forward. There are various surgical cosmetic treatments that serve different purposes. Examples of these measures include facelifts, neck lifts and brow lifts for reducing facial wrinkles.

Both men and women can be drawn to surgical treatments. Women may want to receive facial implants for plumping up their cheeks and create higher definition, while men may be self-conscious about a nose that has been visibly injured during sport, and so needs to be corrected.

Still, however you would like to bring meaningful changes to your appearance, keep in mind that surgery might not be your only option. Non-surgical procedures help to support the mantra that “a little goes a long way”, bringing many of the same merits – with fewer of the same drawbacks.

What are non-surgical procedures?

In the cosmetic space, “non-surgical” treatments are otherwise known as “non-invasive”. This is because the treatments, unlike “surgical” ones which we can call “invasive”, do not involve the skin being cut or instruments being inserted into the body.

However, this is not to say that non-surgical treatments work their magic only on the surface – far from it. With the use of laser-or LED-based machines, collagen and elastin can be produced deep under the skin to improve the muscle’s infrastructure and make the body discernibly tighter.

The treatment also differs from the surgical alternative in that it does not leave permanent changes, meaning that you can reverse them in little time if you see fit.

If you have a very particular idea of how you would like to improve your appearance, even if you seek a rather nuanced enhancement, you could be pleasantly surprised by how easily it could be achieved without surgery.

While cosmetic surgery can theoretically bring the beautiful or handsome look that you have long dreamed of having, your experience of the treatment itself could prove a very different story.

Consider the example of rhinoplasty – or, as it is colloquially known, “a nose job”. This reconstructive surgery would require you to take general anaesthesia and wear a plaster cast, whereas neither necessity would apply for those who instead opt for our non-surgical nose reshaping treatment.

Meanwhile, women seeking to slim down their faces could be daunted by the highly invasive way in which surgery would shave their jawbone – and that’s before considering the extensive recovery period that would follow. However, we offer facial fillers that can slim the face non-invasively.

Aside from the potential scare factor during a surgical process, there is indeed the crucial question of downtime to consider. Whereas a session of surgery may require you to spend time off work while you wait for everything to heal, there is less downtime in the wake of non-invasive treatment.

Even if you aren’t nervous about the process of receiving surgery, you could soon find that it isn’t a practical option anyway due to the current state of your health. As some health conditions can rule you out of being accepted for surgery, you might want to turn your attention to other options…

Why non-surgical procedures could be better for you

If you have friends who have received surgical treatment, their stories may have left you nervous about the process – if not necessarily the final results – of receiving such treatment yourself. This is an understandable reason to choose non-surgical treatment as a way to ease yourself in gently.

However, even if some people start to advocate surgery as a means of bringing permanent changes to your look, stop to consider the particular ability of non-surgical treatment to imbue you with a more natural-looking beauty. This ability is deeply rooted in how the treatment works…

Whereas surgery can fundamentally affect your facial architecture and so blight you with a dreaded “fake” look, non-invasive techniques work by altering your body’s biology. They are often about replenishing natural substances that were already in abundance in your body during your youth.